What’s In A Name?

Posted on December 1, 2011 by michelehauf 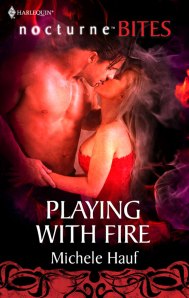 I think we’ve discussed the importance of the right name for characters in our stories before, but it’s on my mind today as my latest is released, PLAYING WITH FIRE.  It’s a novella from Nocturne Bites.  The last Nocturne Bites, as Nocturne Cravings is now going to be the only game in the show.  I smile a bit to know I launched the Bites line with RACING THE MOON and now I’m bringing it to a close.

That said, the hero of this story is a fire demon, who was once an angel, who may or may not become mortal, and quite possibly, eventually, a vampire.  Whew!  The guy needed a name.  I have my handy-dandy A World Of Baby Names book which lists names by country.  Love that book so much—and use it so often—that I recently had to order a new copy because the old one was so tattered.  Anyway, it’s my go-to when finding hero/heroine names. 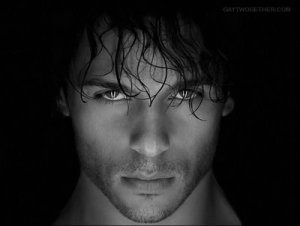 But sometimes paranormal creatures don’t necessarily have a country of origin.  Rather, they have a ‘realm’ of origin.  So picking names can get tricky.  This hero was originally from Above (Heaven, if you will) and Fell to land in Beneath.  There, he was turned into a fire demon and enslaved by Himself, whom he served for centuries.  He’s now escaped and living in the mortal realm as a computer securities tech for the Council.  His name needed to be both grand and simple.

His name?  Cinder.  I like it.  It’s kinda sexy, a little ominous.  But his full name?  Labatiel, The Flaming One, Angel of Punishment.  You can see why Cinder works for those moments when the heroine justs wants to whisper a sweet nothing in his ear?  😉

The heroine is Parish. It’s one of those names that is different enough to be cool and interesting.  I keep a list of Names I Want To Use.  Added the name Pilot yesterday.  Sounds like it would be an awesome hero name.  Or it could be a heroine.  Arizona screams for me to use it.  So does Paisley.  And I’ve just found a match to the name Sayne (that’s a guy’s name).

What names from romance novels have stood out for you?  Which ones do you adore?  Which ones were just a little too strange to warm up to?  Know anyone who has named their baby after a romance novel hero or heroine?

To read the first chapter of Playing With Fire, go here

This entry was posted in Uncategorized. Bookmark the permalink.